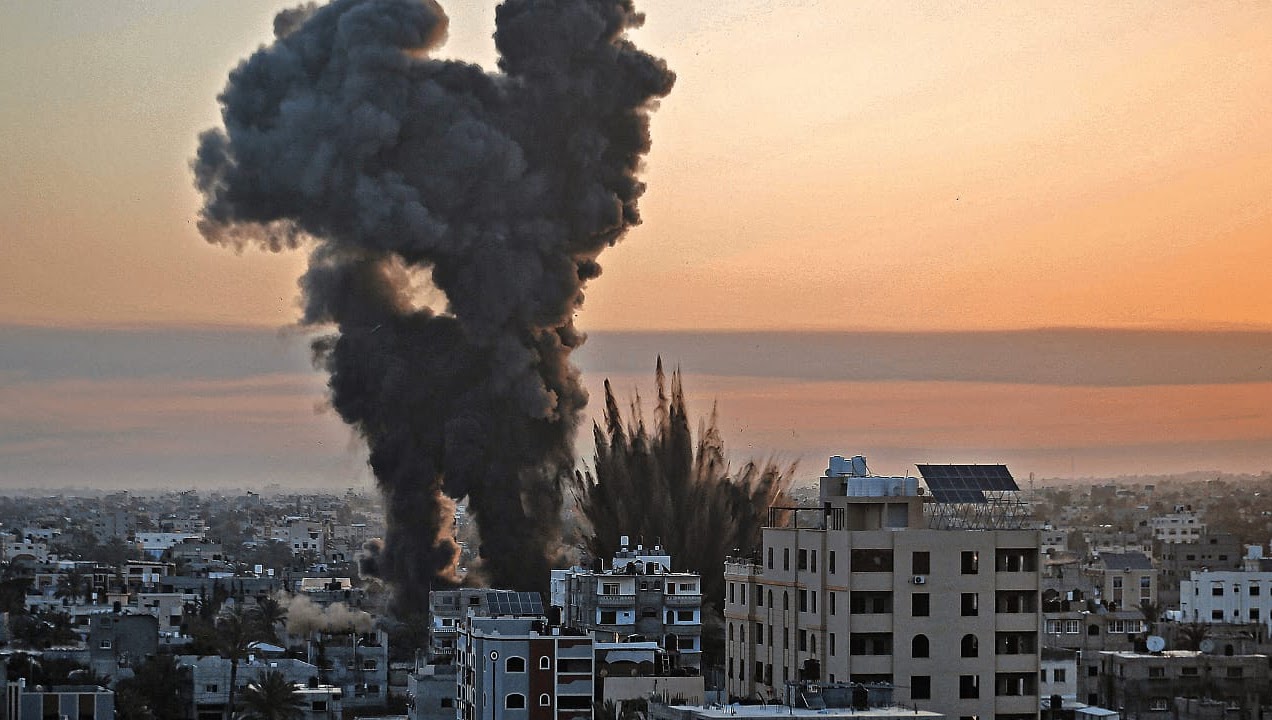 The Gaza Strip: What’s going on?

The conflict between Israel and Palestine is one that spans many decades of modern history, and is perhaps one of the longest ongoing conflicts of our time. Since the onset of hostilities during the 1948 Arab-Israeli war, the two nations have remained in a state of limbo, which while completely halting economic and industrial development in many parts of the area, has also become a long, drawn-out battle for survival. While there have been a large number of developments in this conflict over the span of the following seven decades, with numerous summits being held and proposed borders being redrawn, the countries had seemed to fall into an uneasy sort of status-quo, that is, until the recent explosion of violence in the region.

To understand the current developments in the region, we must look back into the events of recent years. In the past decade, Israel has been alleged to have maintained a policy of settlement and expansion into Palestinian land, which has been criticized harshly by international observers such as the European Union. The military occupation of the West Bank and East Jerusalem by Israeli military forces and the blockade of the Gaza Strip have been viewed by some observers as no less than war crimes, while others see it as necessary enforcement of the rightful claims of the State of Israel and essential to its security, as for the present status of which side is ‘right’, history is yet to pass its final verdict.

In East Jerusalem, demographically a Palestinian-majority area, but occupied by Israel, where Israel is alleged to have carried out illegal evictions of Palestinians from their Homes. Recently, in the Sheikh Jarrah neighbourhood, six families faced possible eviction, as, under the Israeli legal system, Israeli landowners can file claims to land that they owned before 1948 in East Jerusalem. While Israel believes the land to be a part of their rightful claims, and applies its law in the area, Palestinian locals firmly believe that Israel’s law should not apply there as the area is outside Israel’s recognized borders.

Following the anticipation of the verdict, on 6th May, Palestinian protestors clashed with Israeli right-wing groups, and the conflict escalated into a mob fight with both sides throwing rocks. The following day, during the Jumu'atul-Widaa' or final Friday prayers of Ramadan at al-Aqsa, violence broke out between the worshippers and Israeli police deployed there. Worshippers were alleged to have thrown stockpiled rocks at Israeli police, in response to which the police officers threw stun grenades into the compound, this descended into a riot, with Israeli police using stun grenades and firing rubber bullets at worshippers, while they responded with rocks and firecrackers. Many Palestinians were injured with more than 400 being hospitalized. That night, rockets were fired into Israel from Gaza. On 8th May, the holy night of Laylat al-Qadr, more clashes between Palestinian protesters and Israeli police took place, which went on in many parts of the West Bank for the next few days.

In the days that followed, hundreds of rockets were fired each day from Gaza into Israel, and Israeli airstrikes on Gaza continued. On both sides, civilians were injured and killed due to these rockets, while Israel’s Iron Dome protected it against many of the rockets, a few managed to break through and hit targets in Israel, such as an Israeli state-owned oil pipeline. During these exchanges, Israel destroyed the security installations along the Gaza Strip and the police headquarters of Hamas. The 13-story residential Hanadi Tower in Gaza was destroyed by an Israeli airstrike, which contained residential and office spaces, and this act met heavy criticism from the international community.
On 13th May, Israel bombarded Gaza’s massive underground tunnel network, known as “The Metro”, and two days later, the Gaza’s al-Jalaa Building, which housed al-Jazeera and Associated Press journalists. The IDF said it had warned the occupants of the building of the bombardment, advising them to evacuate, with the reason for the bombardment being that the building contained assets belonging to the Hamas military. During the following week, Hamas’ unmanned submarine fleet, tunnel network, and the houses of their military commanders were all bombed and destroyed by the IDF. Multiple raid attempts by Hamas were also intercepted by the IDF, and 30 of Gaza’s rocket manufacturing centres were effectively destroyed.
Out of the over 3000 rockets fired into Israel, about 70 managed to hit populated areas inside Israel, and kill or injure civilians, while the majority were intercepted by the Iron Dome. 13 civilians in Israel were killed. In the aftermath of the conflict, both Egypt and Qatar pledged 500 million USD to help rebuild Gaza. The conflict left over 70,000 Palestinians displaced. The White House issued a statement saying that Israel had the right to defend itself from rockets launched by Hamas and stressed that Jerusalem “must be a place of coexistence”. The European Union stated that the Palestinian rocket attacks into Israel were “totally unacceptable” and called on all sides to aim for de-escalation and prevent further civilian casualties. Antonio Guterres’ spokesman said that the UN Secretary-General was saddened by the “increasingly large number of casualties, including children, from Israeli airstrikes in Gaza and of Israeli fatalities from rocket launches from Gaza. In many countries, crowds have gathered in support of the Palestinian people, calling for an end to the conflict, a withdrawal of Israel from the areas they hold under occupation, and a reduction or complete cut-off of financial and military aid provided to Israel by other nations.

The conflict is certainly one of the bloodiest we have seen in modern times, maybe not in terms of its absolute death toll, but certainly in the socio-economic effects it is sure to have in the coming decades, with an increase in the level of poverty and unemployment in the West Bank and Gaza Strip, as well as the great economic cost Israel will have to bear for itsmilitary operations. One may not pass a judgement yet, as on one hand is the great humanitarian crisis that is the displacement and endangerment of the Palestinian population, while on the other, is the State of Israel that has had to fight since its inception for its very existence, as the historic Homeland of the Jewish people.