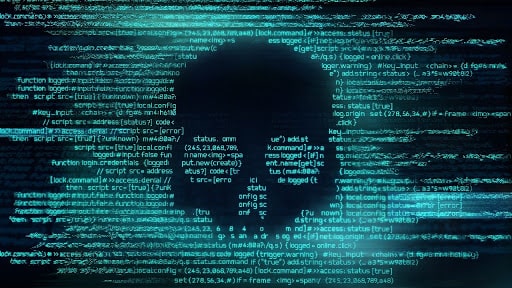 One of the earliest issues regarding data privacy was regarding the Aadhar card in 2016. The Aadhar scheme was challenged before the supreme court. In 2018 the court delivered a verdict stating that the act is constitutional, despite striking down individual sections of the act unconstitutional. It was noted that the government had taken a stand that Indians had no fundamental right to privacy and that it was not guaranteed under the constitution. During the hearing, the government informed the court that a committee was constituted under a retired supreme court judge to come up with a personal data protection bill. Recently there has been a huge uproar when there were revelations made by a global collaborative investigative project by 17 media organisations claimed that they had concrete proof that a spyware called Pegasus , developed and sold by and an Israeli firm was allowing government agencies across the world to effectively take remote control of smartphones and its contents and functions.

On Sunday, a news report was released claiming that " authoritarian governments were using specific software to spy on their citizens and suppressing dissent. The report is based upon conjecture and lacks the evidence needed to back up the claims. The report released by amnesty international claimed that more than 50,000 phones had been affected by this software. Still, out of the meagre 67 phones that have been tested forensically, only 37 tested positive for the software. Amnesty international and forbidden stories both have a tainted history, with forbidden stories proven to be on the payroll of the US State Department and amnesty international being forced to close shop in India after its refusal to disclose its list of foreign investors.NSO company has released a press statement that claims that it will file a defamation lawsuit against these claims and reaffirmed it sells its software only to 45 vetted governments only after approval by the Israeli Defence Ministry.

Amid revelations , India’s home minister Amit Shah alleged that the Pegasus project shows July 18 as the day to begin publishing stories by the Indian media with a sole aim to disrupt the opening day of the monsoon session of the parliament . This spyware can enter one’s phone via a simple message or a missed call. Once, the spyware gets access to any mobile phone, it can gain access to one’s private messages, photos, can record calls etc. In short, Pegasus involves hacking which is a criminal offence under India’s Information Technology Act. Hence, the Indian government would not acknowledge this spyware being used for any purpose.

Any such spyware violates a person’s right to privacy. Democratic government across the world and the manufactures of such software maintain that this kind of spyware are used only for national security purposes. As stated by these top organisations, these products can be useful in preventing terrorism and all sorts of crimes happening around us. These can also be useful in assisting emergency search and rescue teams in locating people stuck under collapsed buildings due to a natural calamity. One cannot deny that with time the kinds of terror attacks have become more modern, and in order to combat with it, the government agencies have to take special measures. As stated by the former US president Mr. Barack Obama “You can’t have 100 percent security and also then have 100 percent privacy and zero inconvenience”. Following the infamous 26/11 terror attack in Mumbai, it was discovered that there were several lapses made by the Indian intelligence agency. Lack of actionable intelligence has been cited as one of the major obstacles in preventing terrorist attacks. Hence, the government’s decision to take some extreme steps towards national security and to protect its citizens are justified to some extent. For example, the Mexican government claimed that it had used the Pegasus spyware in order to capture the Mexican drug lord ‘El Chapo’.

In this entire controversy at the heart of the issue is the need of signal intelligence to maintain security and protect the country against external threats.Out of all the arms of intelligence signal intelligence gives the most time to intelligence agencies to decipher threats and plan the adequate countermeasures to reduce the threat.All major terrorist attacks in India have been the result of “intelligence failures” as a country we cannot deny the intelligence agencies the basic tools to gather information pertinent to national security yet hold them solely responsible in the case of a terrorist attack.The fear of goverment overreach cannot lead to government inaction.The present security scenario with the growing destabilization in afghanistan the security appartus needed to be on a heightended state of alert.After 9/11 the united states government ramped up surveillance operations all around the world the national security agency carried out extensive surveillance for decades.These opeartions provided valueable intelligence which helped the USA to eliminate the masterminds behind the attacks.There needs to be proper oversight on these intelligence agencies to ensure that the data of the people being surveilled upon .Similar to the senate intelligence commitee in the united states of america which and the patriot act and other sub comiitees which control agenicies like CIA,NSA.The Indian government should strive to form oversights over RAW as well as the IB to ensure that surveillance /snooping software is used only for the purposes of national security . Uniting and Strengthening America by Providing Appropriate Tools Required to Intercept and Obstruct Terrorism Act of 2001 (USA PATRIOT Act, or USAPA) which was introduced in the aftermath of 9/11 managed to adress both the need for increased surveillance and also form oversight over these collection programs.

Hence, the governments and all the top organisations around the world should come up with a solution to such terror attacks with a method that can be effective but also doesn’t put the privacy of an individual at risk. Since the government has been formed by the people, the government should try and do everything in its power to make sure they don’t lose their citizen’s trust by infringing their certain rights.